Yesterday, I posted photos of reflections in a Fresnel lighthouse lamp. Today some reflections of light from jellyfish washed up on the beach. I have Steve Morey of theoutershores, to thank for his informative blog about these (and other) ocean/beach creatures. 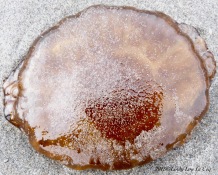 I’m pretty sure the above are all Sea nettle jellyfish. They were on the beach on the same day, washed up after a February storm, along with the other commonly found jellyfish I photographed that morning on Long Beach; Moon jelly, Aurelia sp. 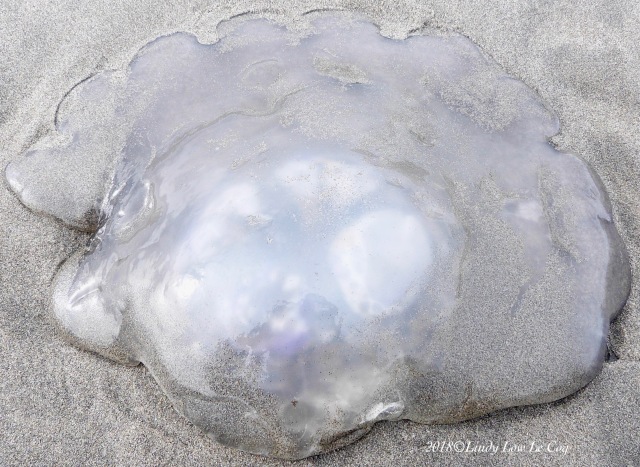 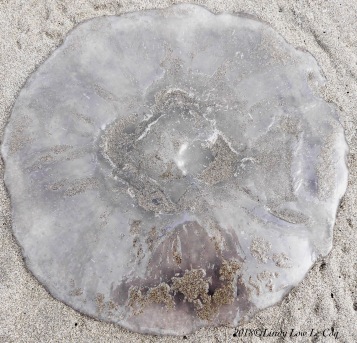 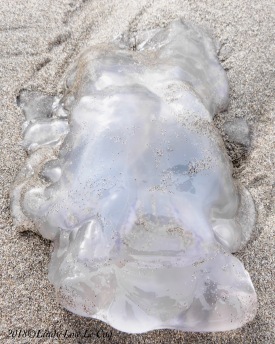 Though I’m not positive, I believe this is a Lion’s Mane jellyfish, found along the rocky coastline of Orcas Island, WA. 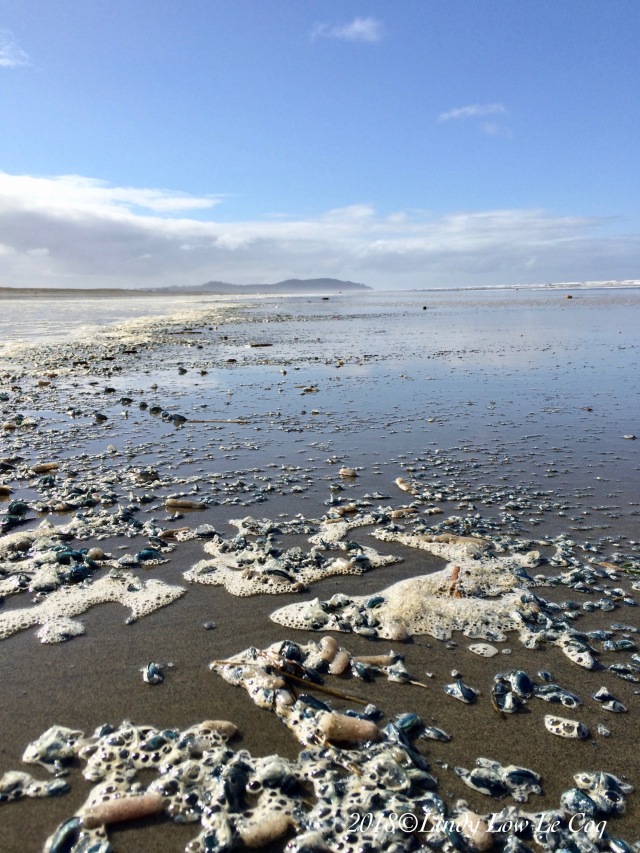 In spring, massive amounts of By-the-wind sailors, and Comb Jellyfish (Ctenophore) wash up along the wrack-line at Long Beach. The photo above, with spring clouds reflected in the surf, gives a sense of how much sea life is cast up on shore.