As the centennial anniversary of Washington State approached, the industries that had supported the Long Beach peninsula – timber and fishing – were declining. In 1985 Ilwaco Port Director, Bob Peterson spearheaded an effort to “paint larger-than-life murals on the exterior walls of buildings,” to attract tourists and celebrate the 1989 centennial. 1

The first mural, painted in 1986 by artist Thomas J. Teitge of Hailey, Idaho, is a “window into the past” on the side of what had been the Doupé general goods store in Ilwaco. “Starting on the left side of the work, a contemporary child carrying a skateboard is walking toward the scene of downtown Ilwaco, circa 1920, complete with the narrow gauge railroad running down Main Street.” 1 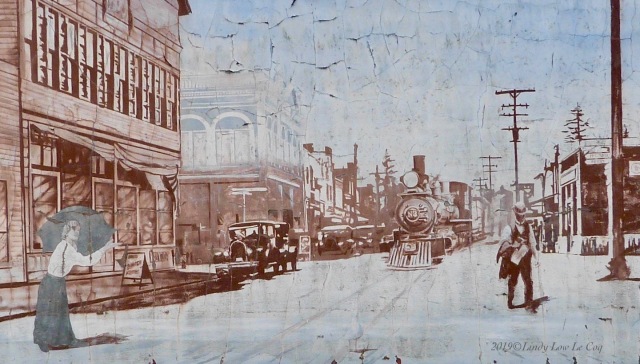 “On July 19, 1888, the Ilwaco Railroad & Navigation Company arrived in Nahcotta…. Tourists and locals were able to easily travel from one end of the peninsula to the other.” 2 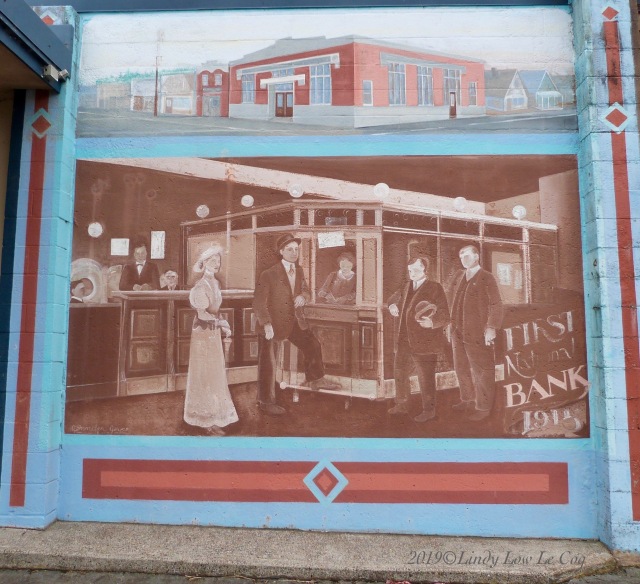 Restored mural on the Key Bank in Ilwaco, which had been a First National Bank.

William Garnett created three murals for the project. This one, depicting net fishermen and horse seiners, is on the side of what is now the Olde Town Trading Post coffee shop building in Ilwaco. It is the only one of his paintings that remains and is in need of restoration. 1 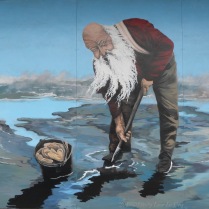 This recently restored triptych, on the side of Long Beach Pharmacy, is of early beachcombers and clam diggers. These and the photo below were included in a Cee’s B&W challenge I posted a while ago. Here they are in full color.

This mural is on the north side of the Long Beach Elks Lodge. Painted by Colin Williams, it depicts a historic shipwreck near Cape Disappointment. 1 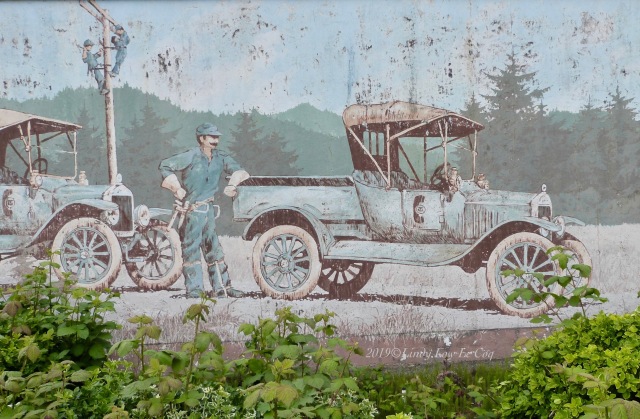 Painted on the side of a telephone utility building in Chinook, this mural by Dan Sawatsky of Chamainus, B.C., features telephone linemen at work. 1

Thanks to Patti Moed for suggesting this challenge. If I’d been home in Vancouver, I would have taken a field trip to Portland, across the Columbia River, to photograph some of the outstanding street art throughout the rose city. Since I’m at our condo on the Long Beach peninsula, this week’s challenge encouraged me to find and photograph  more of the 1989 Washington State Centennial murals, and to learn about their history.