If you follow news about the effects of climate change (global warming), you may have heard about 70 migrating Gray Whales that have died of starvation  from California to Alaska.

Around April 30, one washed up on the beach near The Breakers, in Long Beach, WA. I first saw it on May 14, after the necrologists had prepared it to decompose in place.

Over the following two weeks I observed carrion eating birds gleaning the carcass. These two Turkey Vultures were among the many scavengers. Though they are reviled by many for their ways, carrion eaters are natures way of cleaning up remains.

Juvenile Thayer’s Gull (second from left). The rest are Western Gulls in various stages of maturity.

When I started regular walks on the beach, I challenged myself to learn the names of the birds I was seeing – they are not just shorebirds or seagulls! 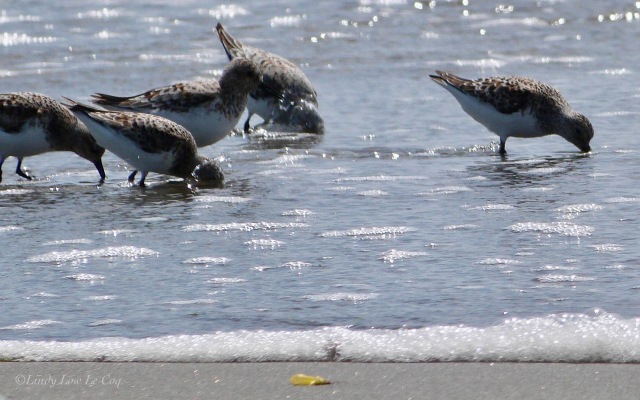 Sanderlings are year-round residents. It is a delight to watch them feed at surf’s edge, as the tide washes out and then rush back in with the next wave.

Over the past few days, around 40 Caspian Terns have been gathering on the beach. When disturbed, they swoop above in a fray of guttural screeches.

On my morning walk, this mature Bald Eagle was perched on a driftwood log right by the trail to the beach. 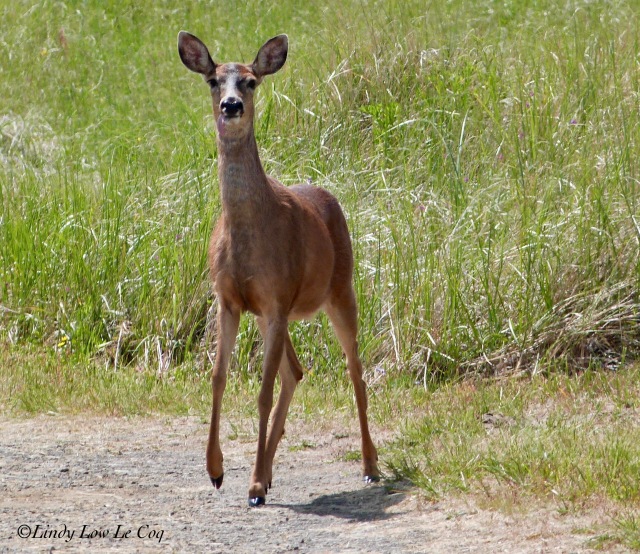 Columbian Black-tailed Mule Deer graze in the meadows. This one fled on fleet feet when it saw me!

I close with a Henry David Thoreau quote that is one of my mantras; “In wildness is the preservation of the world.”

Thank you Tina, for another thoughtful challenge. To see other interpretations and/or to join in the fun, click the link below.