Koyannisqatsi, a Hopi Indian word meaning “life out of balance,” is the theme of my response to Leya’s challenge. Last spring, as Gray Whales migrated from Mexico to Alaska, 121 were found washed up on west coast beaches, including one at Long Beach, WA. 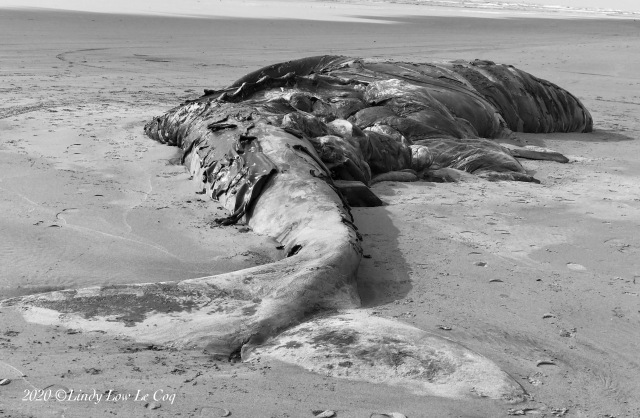 A necropsy determined this young whale, like many of the others, was emaciated and starving. Marine biologists continue to study the reasons for last year’s die-off, including a real possibility that global warming is the root cause.

After wintering in their calving grounds off Baja California, Gray Whales migrate 5,000 miles (8050 km) to their summer feeding grounds in the Arctic. Here they consume small shrimp-like sea animals called amphipods to pack on blubber meant to sustain them until they return the following summer. During the three to four months they travel back and forth, and while they are in the waters off Mexico, they eat almost nothing. 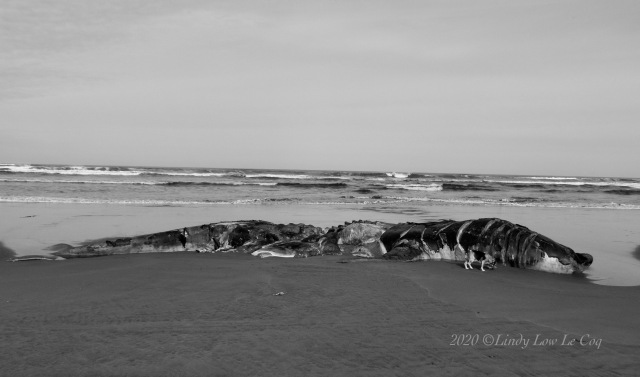 Over the spring months I photographed the decomposing body as surf, sand, crabs, carrion-eating birds and time reduced the creature to nearly nothing. My beagle, Jello provides a size reference, in the above shot.

When the main carcass had mostly disintegrated, people harvested the bones. 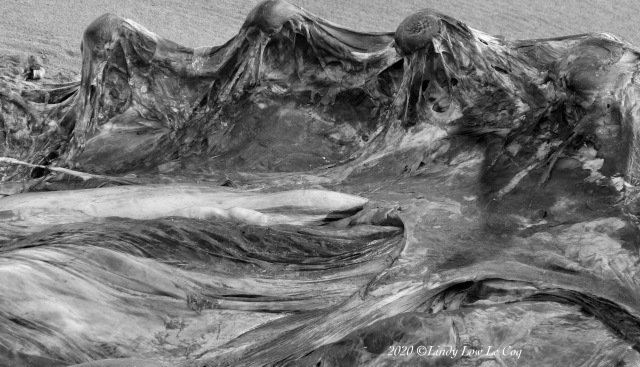 Water temperatures in the Arctic are warming and sea ice is steadily declining. We will know soon, if the 2019 die-off was a one time event or the start of a long term trend, as the Gray Whale’s northern migration begins. 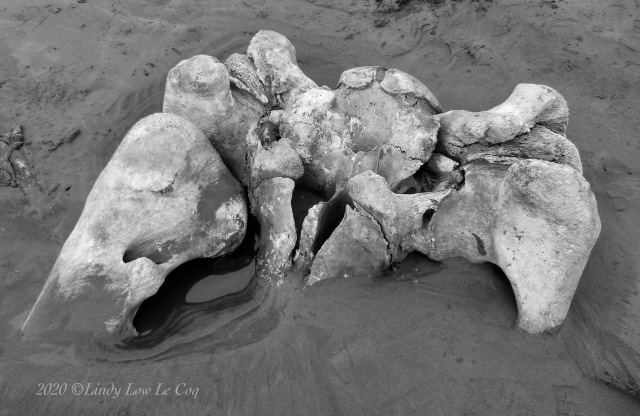 When we returned to visit Long Beach last fall, only a few large bones remained. Now there isn’t a trace of the whale on the beach.

Mankind will continue to create chaos on planet earth, until human beings enact global measures that return nature to balance.