This pair of bleeding heart blossoms reminds me of the final quote from Truman Capote’s, short story, A Christmas Memory . 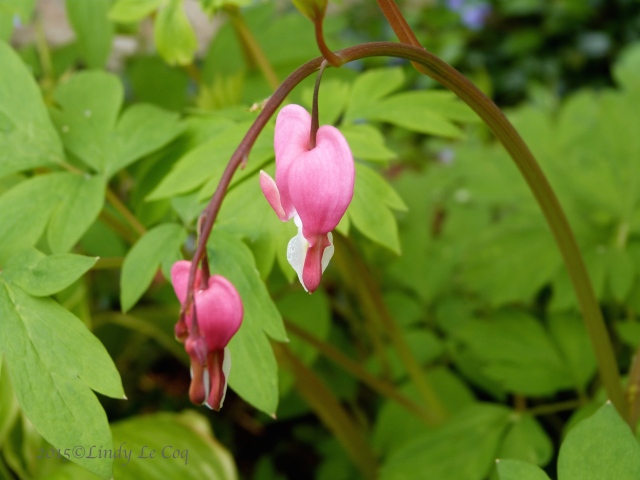 “A message saying [my friend had died] merely confirms a piece of news some secret vein had already received, severing me from an irreplaceable part of myself, letting it loose like a kite on a broken string. That is why, walking across a school campus on this particular December morning, I keep searching the sky. As if I expected to see, rather like hearts, a lost pair of kites hurrying towards heaven.”

The ABC Stage 67 adaption for television by Truman Capote and Eleanor Perry, (narrated by Capote) won two Emmy’s and the Peabody Award.

This entry was posted in flowers, nature, Photographs, Uncategorized. Bookmark the permalink.