During the week I was at Crescent Creek with my sister Diana, we took an afternoon drive east to the Crane Prairie Marshes. She had seen White Pelicans there a week or so earlier, but they had already moved on.

However, there were quite a few Widow Skimmer Dragonflies darting about. After trying to get close up shots with my iPhone, and nearly tumbling down the embankment, I took a regular photo shot of one that had landed a distance away in this shrub. 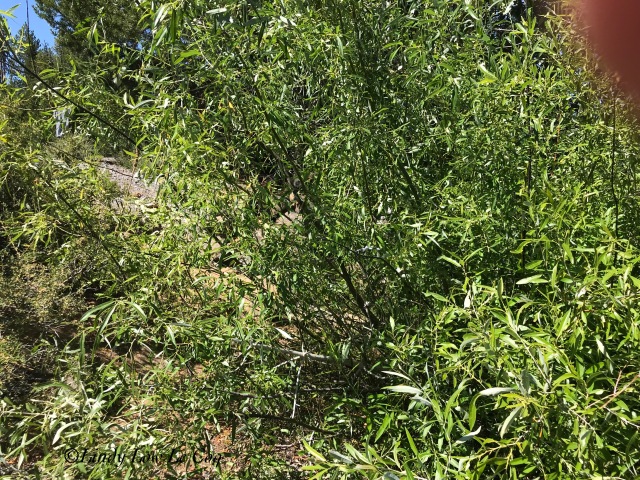 Yes, that’s my finger! But do you see the dragonfly? Looking at this snap, I remembered it was my last ditch effort to get a photo, so that I might identify the bug. What a happy discovery to find, upon closer inspection, I got it!  And now I know it’s name!

Widow Skimmers live near warm waters. The water source could be a pond, marsh, small lake, or lagoon. Water is necessary for a skimmer’s first life stage, and adults are often found near wet places, too. Transparent wings on males and females have similar thick black bands on either side, but males have a long abdomen that is light powdery blue, but females are yellow and black. Come mating season, adults have no trouble pairing off despite these color differences. Unlike some other species where males guard egg-laying females, Widow Skimmer males leave the female by herself, ‘widowing’ her as she lays her eggs just under the surface of the water. (https://www.insectidentification.org) 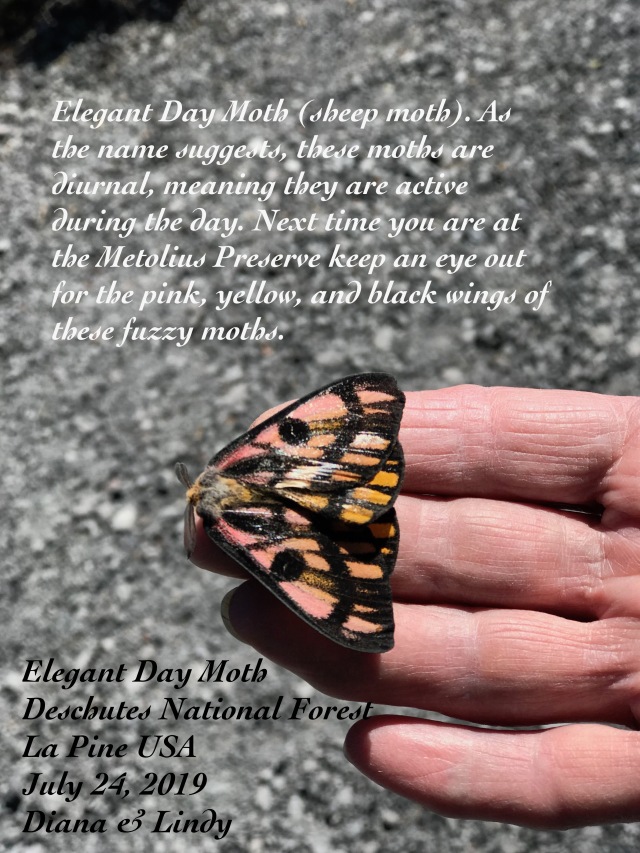 Diana found this moth languishing in the grass by the side of the road when we stopped to look for the pelicans. We took pictures of it and then placed it in a nearby tree for protection, with hopes it might survive.

For me, taking photos of beautiful living creatures is only half the fun. The other half is discovering just what they are!